No Result
View All Result
NEWSLETTER 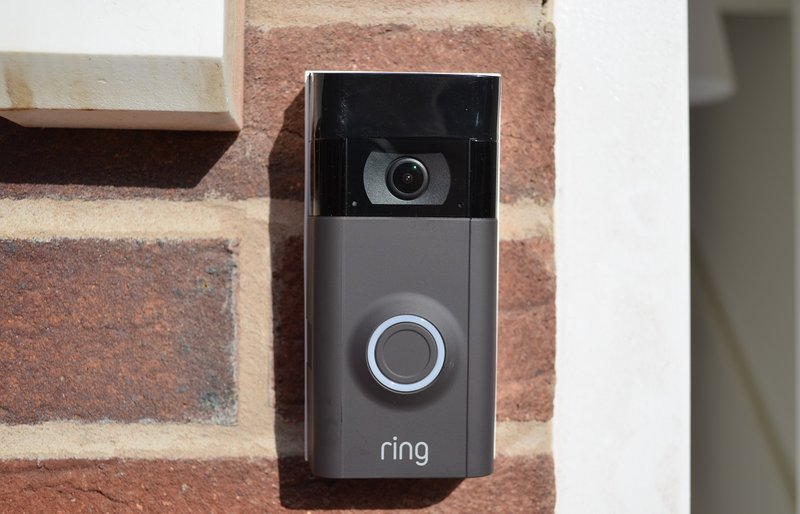 IoT News caught up with Ring at IFA Berlin to discuss the smart home, how it chooses what standards to use, and its mission to reduce crime.

A vast number of Ring customers likely picked up a video doorbell primarily for uses such as avoiding missed packages. The ability to be almost anywhere in the world and be able to speak to a delivery driver at your door still feels futuristic even several years later.

While a large number of people consider video doorbells a convenience, Ring wants to make clear it’s very much focused on making people’s homes as secure as possible.

Ring’s ability to act like a ‘peephole’ to see who’s at the door without having to open it is great for avoiding door-to-door salesman, but it’s even more welcome to help ensure your household and its members are kept safe.

In an interview during IFA Berlin, Ring European Product Director Dave Ward said: “Our mission is about reducing crime and making neighbourhoods safer.”

Ring started off with a video doorbell but it has since expanded into stick-up cams and even a full alarm system. A new feature debuted during IFA is called ‘Linked Devices’ which, as you may have gathered, can do things such as trigger video recording from a stick-up cam when the doorbell is pressed.

“What Linked Devices does is it gets your devices to work in unison,” explains Ward. “Let’s say you have your Ring Video Doorbell at your front door and you detect motion. You can then trigger a linked event to another one of your linked Ring devices like your side camera to make it record, or – if you have a camera with lights – turn them on.”

Despite an acquisition last year by Amazon, Ring remains platform-agnostic and it has no plans to be otherwise. Actions can be triggered using voice through Alexa or Google and tons more services can be interacted with through IFTTT.

Recently, Ring added a whole new — albeit slightly controversial — element to its security offerings through a partnership with 300 police forces across the US.

“In the US, we have a programme called Neighbors which allows users to share video content, events that are happening in and around their area.”

Privacy campaigners have stoked fears about the Neighbors app which allows people to be flagged as suspicious. The campaigners are concerned such features may lead to increased racial profiling or more surveillance of innocent individuals.

Footage is not automatically shared with law enforcement, but the police can request potentially useful footage from owners of Ring doorbells.

In the wake of concerns about Amazon’s facial recognition software, many people want to know whether Ring has any plans to use it. IoT News asked Ward whether any facial recognition technologies are being used, or are in the pipeline, whether from Amazon or not.

“Our products don’t use facial recognition, it’s about giving people features that users really want,” comments Ward. “We’ll continue to look at our roadmap as we continue to build our product.”

Ward doesn’t rule-out a feature like Neighbors being rolled out elsewhere in the world in the future.

AI is a big theme at this year’s IFA, almost every product seems to be using it in some form. Computer vision technologies have clear potential applications for video doorbells such as detecting if your kids have got home safe. However, Ring currently has no current plans to use AI in its products.

“Everything is based on user feedback, if customers speak to us – and they express interest – then we look at different technologies all the time.”

It’s understandable that Ring is wary to go down the route of things like facial recognition, especially given its products will now face more scrutiny under Amazon’s ownership. However, it does provide an opportunity for competitors.

“What you need to look at as well is where we are on that journey and where people are in the adoption of technology,” says Ward. “This whole industry is relatively new in terms of adoption.”

When asked why Ring is sticking to WiFi over dedicated IoT standards for its doorbell, Ward said the decision was due to the bandwidth requirements of streaming video; which technologies such as Zigbee and Z-Wave don’t support.

“Our devices such as Ring Alarm use Zigbee and Z-Wave,” explains Ward. “We also have a low-frequency, long-range radio in the US we use for our lighting. So we use a whole host of technologies – but, for video, WiFi and ethernet connectivity are the two we really use.”

Bold promises have been made about the smart home and many believe it’s been overhyped. We picked Ward’s brain for his view on the health of the smart home industry generally.

“I think it’s about having a considered home. It’s about people wanting to take their existing home and make it not only smarter, but easier to use,” comments Ward. “I think it’s developing in a really nice way for people, and they’re really seeing the benefits now.”

From communication to control: The top 10 strategies to secure your IoT devices

The connected car gets its own app store

5 predictions for the Internet of Things in 2018 and beyond